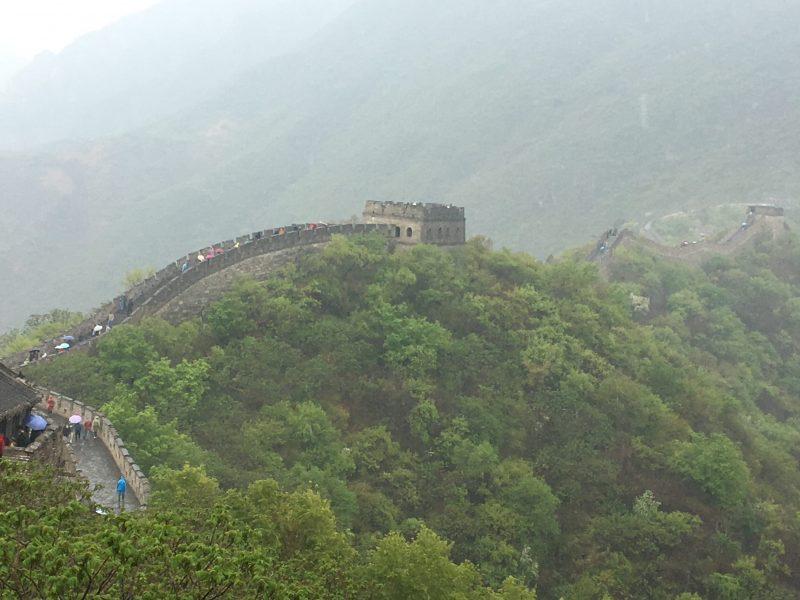 Rain over the Great Wall of China

The latest round of tariffs marks a new low for the international trading system and threatens livelihoods in New Zealand.

No-one can predict how the current re-escalation of the trade war between the United States and China will play out, but some things need to be said upfront.

This trade war is not about trade at all: it’s about politics and most specifically about geopolitics and the economic rivalry between two great powers.

This trade war is not about trade at all: it’s about politics and most specifically about geopolitics and the economic rivalry between two great powers.  Because of this any cessation of hostilities is likely to be temporary at best, because no trade deal can put paid to the underlying problem that has emerged.  We need a new entente cordiale to develop.  But even then, and make no mistake about it, this is also about domestic politics in the land of the free and the brave.  Trade wars might not much for the economy, or farmers or consumers but they are great for rallying the base and deflecting attention away from other uncomfortable issues.

From a distance it’s tempting to see this latest round of geo-political sparring as something that doesn’t concern us.  That too is wrong. New Zealand exporters are already facing trade diversion – competition from US products destined for China, but which are finding their way to other markets.  There may be some benefit in the Chinese market but this will be short lived if and when US imports start flowing again.

The situation will worsen considerably if the President follows through on his latest tweet threatening to dump US agricultural surpluses on world markets.  We have been here before and it is not a happy memory. There are now global rules in place to protect us from this sort of trade buccaneering, but these depend on whether we have a dispute settlement system in place in the World Trade Organisation to back them up.  That too is looking decidedly shaky at present as the US blocks appointments to the WTO Appellate Body, which will render that body – the great life-boat for international trade – inoperable by the end of the year . And if the “deal” that is reached between the United States and China obliges one party to buy large amounts of agricultural products from the other you can imagine how that will play out for New Zealand.

But then, I’m not a farmer, so why should this worry me?  Let’s put to one side that it’s the revenue from our exports which, to a large extent (and notwithstanding the rise of other valuable sectors), remain agriculturally based, that pay for the lifestyles we have become accustomed to in New Zealand.  Let’s think more broadly about the possible impact on the economy. Things are going relatively well for us in Godzone at present, despite the dark clouds on the horizon. Most of our economic problems, as my friend bank economist Tony Alexander reminded me this week, are about the capacity constraints in our economy, especially not enough workers.  Global tensions may seem far off and hard to value, but we are already seeing impacts on global stock markets which rebound in our own domestic market. Everything is connected in an interdependent world – that means market uncertainty, a further dampening of business confidence and potentially a hit to retirement savings.

It’s tempting at times like this to look to the tyranny of distance to insulate us against what is happening in the outside world.   The trade war and its consequences might yet be the black swan event that ruins our party.] Brexit: Should I stay or should I go now? WHAT’S UP WITH NEW ZEALAND AND CHINA?﻿